Here is a look at how teams around baseball stack up heading towards July.

#1. St. Louis Cardinals (45-26) – The Cardinals are among the best current franchises in sports. Consistently competitive along with multiple championships.  They are at it again in 2013 holding the best record in baseball to this point.

#2. Boston Red Sox (44-29) – It appears the culture and negativity has been bounced from Boston.  They’ve had a great run to this point but there are a lot of games left against a lot of talented divisional opponents.

#3. Oakland Athletics (43-30) – Who are these guys?  The A’s still don’t have many recognizable faces to the average baseball fan yet they continue to win baseball games.  Strong pitching along with clutch hitting usually = victories.

#4. Cincinnati Reds (43-29) – Consistent starting pitching. Dominating closer and a strong offense has the Reds looking to reach the postseason for the 2nd consecutive season.

#5. Atlanta Braves (42-30) – The Braves are loaded with talent both offensively and pitching wise.  We’ve seen how good they can be when they play there best. (11-1 start).  Justin Upton needs to again find his stroke. END_OF_DOCUMENT_TOKEN_TO_BE_REPLACED

The San Francisco Giants are the 2012 National League Champions. The Giants stomped the St. Louis Cardinals 9-0 in game seven as they clinched their 21st pennant in franchise history with a 4-3 series victory. San Francisco will host the Detroit Tigers in game one of the World Series on Wednesday, October 24th. Marco Scutaro was named NLCS MVP as he  hit .500 (14 for 28) in the series.

END_OF_DOCUMENT_TOKEN_TO_BE_REPLACED

The Detroit Tigers are the 2012 American League Champions. The Tigers blasted CC Sabathia and the New York Yankees 8-1 in-game four as they clinched their first pennant since 2006 with a 4-0 series sweep. The Tigers will travel to either St. Louis or San Francisco for game one of the World Series this Wednesday. Delmon Young was named ALCS MVP as he became the first player in major league history to be credited with the game-winning RBI in four straight postseason games. This is the Tigers 11th American League Pennant in franchise history. 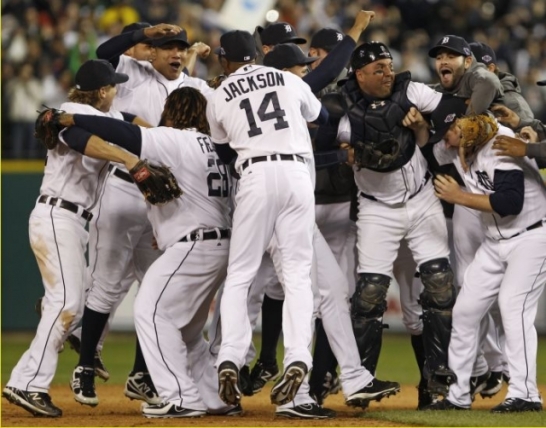 END_OF_DOCUMENT_TOKEN_TO_BE_REPLACED

Future Hall of Fame shortstop Derek Jeter has been diagnosed with a fractured left ankle and will miss the remainder of the postseason.  The affliction occurred during the top of the 12th inning of game 1 of the ALCS.  The injury is a massive blow to the Yankees lineup and on-field leadership in their quest for title #28, Jeter was hitting .333 during the course of the postseason netting 9 base hits in 27 at-bats.  3 months is the expected time-table for the injury which should put Jeter in line for a full recovery by spring training 2013.

In other poor news for the Bronx Bombers, a furious 9th inning rally ultimately fell short as the Tigers edged out the Yankees in 12 innings by a 6-4 score. The Tigers now lead the best-of-seven series, 1-0 and have regained home field advantage.  Can the Yankees survive the loss of Jeter and claim the American League Pennant?

Andrew Baggarly of CSNBayArea.com broke news today that Giants outfielder Melky Cabrera has been ruled ineligible to win the 2012 batting crown. According to Baggarly’s story, Cabrera asked to be removed from consideration and MLB Officials complied.

Does this move change your opinion of Melky Cabrera?  Do you agree with him being disqualified from winning the 2012 batting title? 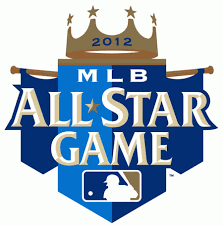 Check out the full list of starters, reserves, pitchers and final vote candidates below.

Hamilton led all players in votes in 2012.

The rosters include an array of veterans and young stars as 22 players are making their first appearance in the mid-summer classic.

Look for more coverage of the 2012 All-Star game in the coming weeks.

Memorial Day is a day of remembrance for the brave men and women who died while serving in the United States Armed Forces.

It also marks the unofficial start of the summer season.  Temperatures begin to soar and days are extended.  As kids finish school, families begin to vacation and summer concerts & county fairs prepare for another season of entertainment.

END_OF_DOCUMENT_TOKEN_TO_BE_REPLACED

If you want to retain a franchise type player, you need to pay up.  As  you’ll see on the list below it doesn’t necessarily always work out.

END_OF_DOCUMENT_TOKEN_TO_BE_REPLACED

Well if you are in my position there isn’t a decision to be made.  I’ll be working, that being said I’ll be right in front of the action working for a sports news wire service.

So why is this such a busy night in the world of sports?

– The NBA closes out the regular season tonight with 13 games, 10 of which take place starting at 8pm.  By the close of the night we will know every first round match-up of the playoffs.

Highlights on this final day of the regular season include:

Dallas in Atlanta and Orlando at Memphis.

Kobe Bryant is not expected to play tonight which means Kevin Durant will win yet another scoring title.

– The NHL treats us to a pair of do or die game 7’s.  If last night is any indication we are in for a real treat.

– The MLB schedule is fairly light as a lot of teams are on travel days while others play during the day in preparation for travel.

The Blue Jays square off against the Orioles as both teams attempt to keep pace in the AL East at 7pm.

The Red Sox will attempt to figure of the recently perfect Phil Humber in Chicago starting at 8pm.

The lone west coast game of the night features the best record in the NL Nationals finishing up a series against the Padres in Petco Park.

– The NFL gathers in New York tonight as the NFL Draft gets under way with the first of 3 days of picks, trades and speculation.

NFL fans prepare yourself for 3 days of NFL coverage.  I suspect ESPN & NFL Network will likely find themselves with higher ratings than the NHL’s game 7’s.

Tonight we get the highly anticipated first round.  Friday & Saturday will fill out the remainder of the draft.

We expect Andrew Luck to head to Indianapolis with the first pick and RGIII to follow as the second pick as he begins his career as a Redskin.  But from pick 3 on, who knows?

Regardless of what your favorite sport may be, there is something interesting happening tonight.  So sit back, relax and watch sports!!!

The Colorado Rockies defeated the San Diego Padres by a score of 5-3 on Tuesday night.  The winning pitcher was Jamie Moyer at age 49 years and 150 days. Why the significance?  Moyer became the oldest winning pitcher in major league baseball history, surpassing the previous record held by the Brooklyn Dodgers’ Jack Quinn, who beat the St. Louis Cardinals at Ebbets Field on Sept. 13, 1932, when he was 49 years and 70 days old.

Moyer also notched his 268th career victory over his 25 major league seasons, which tied him with Hall of Famer Jim Palmer for 35th place on the all-time wins list. Moyer did not pitch in the major leagues during the 1992 or 2011 seasons which could have elevated his career win total. 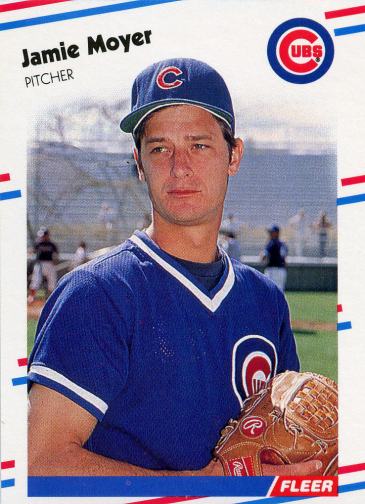 Jamie Moyer has developed into a fan favorite for his perseverance in extending his career while father time continues to decline his on-field skills.  He was able to use experience & guts to defeat the Padres with a fastball topping out at 79 mph.  A long list of accomplishments throughout his career has also earned Moyer a spot in the hearts of fan bases. Moyer spent 11 season in Seattle winning 145 games.  He was a 2-time 20-game winner, a 2003 all-star and a member of the franchises most accomplished team in 2001 which won an astonishing 116 regular season games.

Moyer a native of Sellersville, PA also found himself reaching a major career milestone when pitching for his hometown team in 2008.   At the age of 45, Moyer finally had an opportunity to participate in a World Series as the Philadelphia Phillies took on the Tampa Bay Rays.  Moyer got the call in-game three and didn’t disappoint as he pitched 6.1 strong innings before giving way to the bullpen.  The Phillies eventually won the game in the bottom of the 9th on an infield single by Carlos Ruiz.  Only a few days later Moyer would earn his first championship ring as Philadelphia defeated Tampa Bay in five games to claim the franchises first World Series title since 1980, a parade that Moyer himself attended.

Years have come, years have gone and yet Jamie Moyer continues to work his magic.  When will his career end?  I think only Moyer knows that answer but it is a fair assumption that he will attempt to pitch at the age of 50 and perhaps beyond.